Brandon is a 28-year old American singer, songwriter, musician, producer and entertainer who is making strides in the world of R&B. Born and raised in Charleston, South Carolina, Brandon began singing at the age of 5 with his family for his local church. He then found his love for instruments, which lead him to learn and master his skills on the drums. After attaining a high level of skill on the drums, he began expanding his love for instruments by teaching himself the arts of piano and bass guitar.

Brandon knew from the beginning that he wanted to sing and play music for the rest of his life. Even going to college, and working a full time job, he still managed to play in 3 bands while also writing music daily.

There wasn’t much more opportunities staying home in Charleston to progress in his music career as an R&B artist, so he chose to travel the world by joining the military. Little did he know, it would be though the military that Brandon would finally have a platform to display his singing talent. Brandon performed at a local talent show in Germany where he made a name for himself for the very first time in front of 1,000 people. Receiving great feedback from the listeners further solidified his decision to continue to pursue his dream of becoming and R&B artist.

The hype from finally being able to perform lead Brandon to begin working on his very first project. Brandon released a single titled “For Real” from his upcoming album on YouTube and SoundCloud which got great reviews from its listeners.

After releasing “For Real”, Brandon finally released his first EP entitled “First” which featured “For Real” as the single. “First” received very good reviews from all listeners who took time to leave comments and critiques.

The next thing that was to come from Brandon was an out of the box Reggaeton fully Spanish lyric single entitled “Bailando Mentirosa”. Released with this song was a full music video which received rave reviews. The listeners were astonished with this release as it was not expected.

A few months later Brandon released his second EP entitled “Can’t”. This EP really embodied the growth through the years. This style was well received by the listeners and will more then likely be the style that is used to continue his career.

Brandon continues to write and perform while being in the military full time in Georgia. He is an unsigned indie artist working to perfect his craft to one day live his dream of letting the world hear and feel his music through his melodic voice.

That being said our Editor-in-chief, Shazir Mucklai had a chance to chat with Brandon Ravenell, a serial CEO, and investor, to get his take on entrepreneurship and success.

Q: Where do you see yourself in five years?

Q: How do you define success?

A: I believe success is defined based on what your goals in life are. For me, success means finally being able to live my life long dream of music being in the forefront of what I do everyday. It means waking up and knowing that the only thing I have to do is what I love in order to pay my bills. Success for me is having my mom call me and say that she needs $10,000 for something and because of my music, I never have to bat an eye.

Q: How do you find opportunity?

A: I find opportunity in many places. But that is just it, you HAVE to find it. I am a firm believer that nothing worth having will come easy. You have to put in the work and that of course entails finding opportunity. I am very diligent in looking for ways to promote and build my brand as an artist. Even if something that shows its face isn’t directly associated with music, I find a way to incorporate it so that I don’t miss out on a potential opportunity.

Q: What has differentiated yourself from others in your space?

A: What I have done is taken my brand and built it based off of some of the other artist that I look up to as mentors. With that, I’ve tweaked the process in order to relate to my fans and the people who support me. I’ve not only put myself in one position though. I am a Singer, Songwriter, Musician and Producer. This allows me to have a slight edge against my fellow artist because it allows me to see music through more than just one lens.

Q: What does your business do?

A: What my business does is provide an art form unlike any other. It puts lyrics to music in a way that many people have not heard. My business is also venturing out into the world of fashion starting in T-shirt and hat apparel. In a nutshell, my business is creation. My business is putting things together that when you see and hear them, they make you feel something. And that is what I will continue to move forward with in the future.

Q: What made you start your business?

A: What made me start my business was a childhood passion to do music. Since I was a child I have been immersed in music rather it was singing in the kid’s choir or playing drums, piano and bass guitar for the praise team. I believe that when you find something that brings you joy, you should put your energy into that and find a way to monetize it. Doing this will allow you to NEVER have to work and always have the reward that a job brings and more. 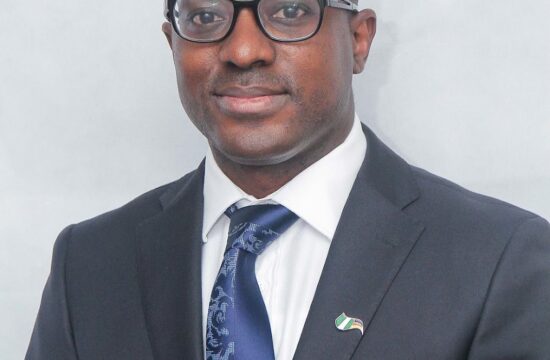