BIRMINGHAM, Alabama – World Customs Organization estimates counterfeit drugs to be a $200-billion industry globally. Additionally, the WHO estimates that 1 in 10 drugs sold in the developing world is fake or counterfeit. According to a recent UCONN (University of Connecticut) publication, the FDA took over 130 actions against counterfeit medicines between 2016-2021. Previously counterfeit drug manufacturers targeted buyers of illegally sold opioid drugs. With the growing market presence and share of online pharmacies, considering recent estimates of 11,000 bogus online pharmacies, the risk of penetration of these counterfeit drugs in the US legal pharmacy market is extremely high. Patients receiving treatment in rural hospitals are especially at risk due to fewer quality control checks in place.

The pharmaceutical industry is driving customer education to empower end users with the knowledge of identifying a fake drugs. The government is investing tremendous sources in busting counterfeit drug operations. There is a large unmet need to empower local pharmacies, pharmaceutical departments of community hospitals, and those in rural areas to routinely check medicines in their inventory and reduce the chance of fake medicines being delivered to patients. We found a research study led by a team of physicians in India on the feasibility of implementing basic quality control tests in a rural hospital to proactively manage the counterfeit drug problem in a rural setting.

We also interview the lead author of this study, Dr. Deepak Patil, a healthcare management executive guiding life-sciences companies on strategic and operational challenges. At the time of conducting this study, Dr. Patil was a medical intern in India.

During their medical training, Dr. Patil and Dr. Pandit noticed that patients did not respond adequately to medicines provided by the government hospital. After exploring several quality control tests, they determined that physical and chemical tests designed by GPHF-Minilab in Germany were simple enough to be administered in a rural, tertiary care hospital setup. The study was kicked off as a collaborative effort under the guidance of senior professors from the pharmacology and biochemistry departments.

After seeking ethics committee approval, Dr. Patil and his team obtained 42 samples of 23 commonly purchased generic drugs from the hospital-based pharmacy which disbursed medications acquired through bulk manufacturing contracts. The comparison cohort included branded counterparts of these drugs procured from the retail pharmacy. All samples were subject to a series of visual inspections, controlled disintegration tests, and color reactions using chemicals available in the pharmacology and biochemistry departments of all hospitals to confirm the availability of active pharmaceutical ingredients in the drug. These tests were repeated several times on the same batch of medicines to avoid any manual errors in testing. The study team concluded that about 10% (4 out of 42) of samples from a government hospital and 4 % (1 out of 23) of the commercial preparations failed the disintegration test, and 14% of the drugs procured from the government funded, hospital-based pharmacy failed color reactions suggesting lack or inadequate quantity of active pharmaceutical ingredients.

The study concluded that “Basic quality control tests like visual inspection, disintegration test, and color reaction are easy to perform and should be adopted by tertiary care government hospitals which serve a large population. Consistently performing such tests not only helps to identify counterfeit drugs but also to create a data file with which the quality of future products can be compared and reliable suppliers can be identified. But it must be remembered that these basic tests are qualitative and the drugs failing these tests should ideally be sent to fully equipped laboratories for further analysis.” Findings of this study were presented to the Medical Research Society Conference, where it won an award for best undergraduate research study. Hospital management and leadership were made aware of inadequacies in quality control systems, and recommended steps to mitigate the challenge. This study inspired Dr. Patil to pivot from clinical medicine and seek a career in pharmaceutical management.

Applicability to the US healthcare system:

In several European countries, simple tests have already been endorsed by the National Pharmaceutical Association for use at peripheral levels of distribution (wholesale premises, pharmacies) to verify the identity of pharmaceutical substances whenever the possibility of confusion arises and to exclude gross degradation or adulteration. Dr. Patil suggested that similar laboratories can be set up by rurally located hospital-based pharmacies and at centralized distribution locations of retail pharmacies to actively intervene in suspicious medications. A 2017 report suggested that mail order pharmacies have increased in share to 37% of all retail pharmacy drugs. The risk of counterfeit medicines entering the system through bogus online pharmacies is very high, and setting up laboratories to conduct such tests routinely at centralized distribution centers is highly recommended. Additionally, Dr. Patil is very optimistic about the opportunity of increasing transparency across the drug supply chain by applying blockchain technology.

Deepak Patil (linkedin.com/in/deepakdpatil) is a seasoned healthcare strategy and operations leader with experience in designing real-world data partnerships enabling novel use cases across the drug development continuum. He is a medical/life sciences consultant with experience leading strategic engagements with pharmaceutical and med-tech companies across R&D, medical affairs, and commercial strategy. 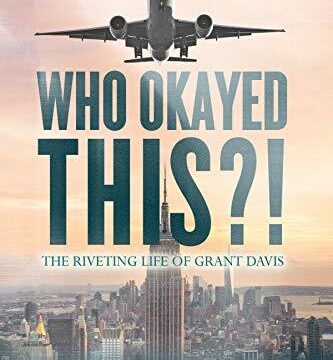